The green gold in the desert 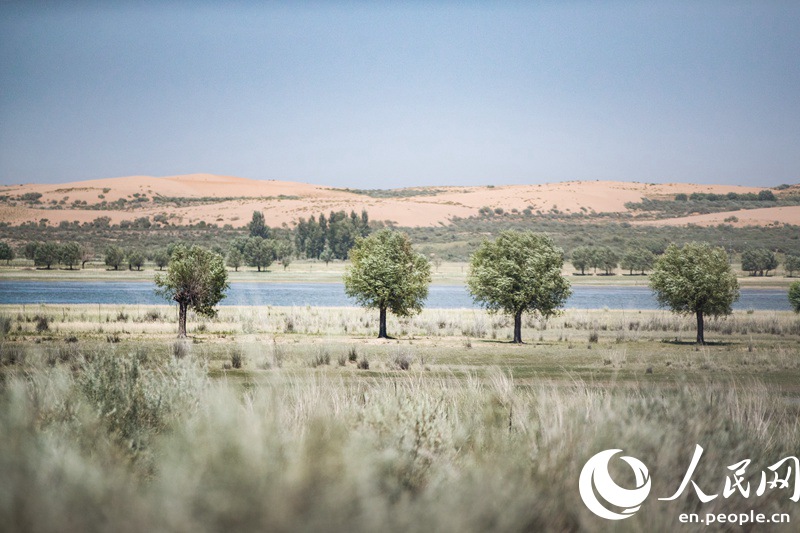 “When we first started our ecology business in the Kubuqi Desert in 1988, no one believed that we could make a profit and protect the environment at the same time. Thirty years on, we have proved that such a mission is possible,” said Hao Liangshe, director of the poverty alleviation office of Elion, a private ecology and investment enterprise.

According to Hao, his company has invested over 30 billion RMB ($5.82 billion) in the Kubuqi Desert-greening project since 1988, helping to lift about 102,000 local farmers and herdsmen like Otgonhuar out of poverty.

In addition to tree planting, the company has also encouraged local residents to plant drought-tolerant herbs such as Chinese licorice and cistanche, both profitable herbs widely used in traditional Chinese medicine. The plants help enrich the desert soil, with the bacteria around their roots generating nitrogen, which forms a biological crust above the sand that begins the fertilization process of the desert soil.

To ensure seedlings can survive the harsh environment, as well as promote sustainable ecological restoration, the company has invented and applied more than 100 environmental technologies.

The vast desert has also provided a space to set up solar panels, which can feed electricity into the national power grid. Desert tourism, along with the sales of herbs, have become a reliable source of income for both the residents and local enterprises, laying a solid foundation for economic and environmental sustainability.

“Desertification control has provided our company with new opportunities. Governments and companies from countries like Mongolia, Pakistan and Saudi Arabia are reaching out to us, hoping to use our technologies and experience to manage their deserts. We’ve found the green gold in the desert,” said Hao. 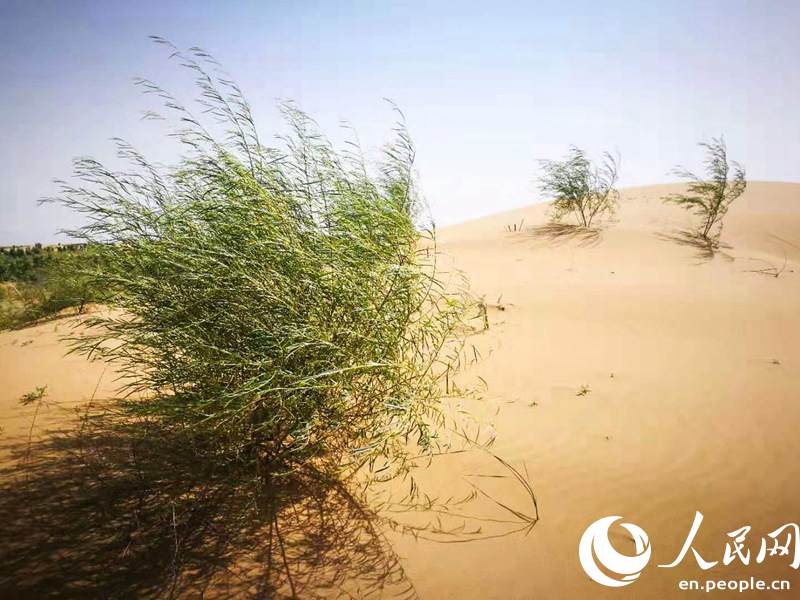 A green name card to the world

In just 30 years, the Kubuqi Desert greening project has succeeded in not only reining in the relentless growth of the seventh-largest desert in China, roughly the size of Kuwait, it has also turned about 6,000 square kilometers of the desert - roughly one-third of it’s entire size - green.

Due to its impressive results, the Kubuqi desertification control model was named by the United Nations as a "global ecological and economic demonstration zone" in 2014, while Ordos has been host to the Kubuqi International Desert Forum every two years since 2007.

“Government policy support, the market-oriented participation of residents, as well as ecological improvement as a result of investment and new technology, have been vital to the success of the Kubuqi model,” said Hao.

Abdushukur Khudoykulovich, deputy chairman of the state forestry committee of Uzbekistan, who also joined this year’s Kubuqi International Desert Forum, noted that his country could learn from the Kubuqi model to tackle environmental issues.

“Half of Uzbekistan territory is occupied by desert zones, not to mention that the Aral Sea, which was there 30 years ago, has now been engulfed largely by deserts. We are now trying to tackle the spread of deserts. China’s experience can enlighten us more,” said Abdushukur.

“Desertification and drought are our common enemy that has threatened our social and economic development. The world should work together to tackle such issues, and I believe China has served as a great model for us all,” he added.